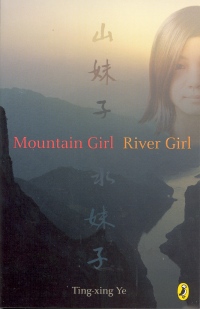 Pan-pan and Shui-lian, two teenage girls born miles apart in modern-day rural China, leave home with dreams of a better future in Beijing or Shanghai. As dreams turn slowly into nightmares, they cross paths and decide to face their challenges together. This is a powerful tale of friendship and a stark, authentic portrait of modern China. 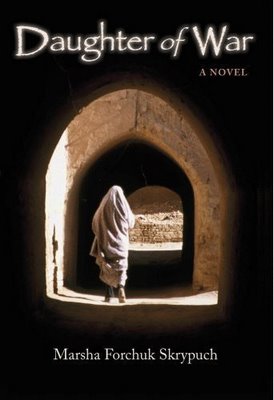 Teenagers Kevork and his betrothed Marta are the lucky ones. They have managed so far to survive the Armenian genocide in Turkey, and both are disguised as Muslims. But Marta is still in Turkey, pregnant with another man’s child. And Kevork is living as an Arab in Syria. Kevork yearns to get back into Turkey and search for Marta, but with the war raging and the genocide still in progress, the journey will be impossibly dangerous. Meanwhile, Marta worries that even if Kevork has survived and they are reunited, will he be able to accept what she has become? And what has happened to her sister, Mariam, who was sold as a slave to the highest bidder? Daughter of War is a gripping story of enduring love and loyalty set against the horrors of Turkey during World War I. 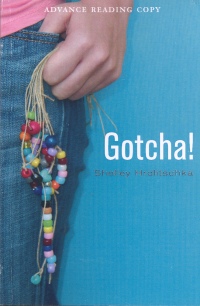 It’s ”bead season” at Slippery Rock High. This year the bead-snatching grad game called ”Gotcha” has been banned as an official school activity because the teachers have decided to put an end to a dangerous tradition. After paying an entry fee the players are given a bead and some-one’s name. The object of the game is snatch the bead of your victim and take their name. The winner ends up with all the beads—and all the money. After the game is banned it becomes even more appealing. The game goes underground and more grads than ever are participating. Katie is reluctant to join in, but as a member of grad council she feels she has to go along. The game quickly spins out of control. Katie finds herself losing friends and falling victim to her classmates’ obsession with the game. She considers dropping out of the game but then devises a better way of getting even with her classmates. Katie finds herself sliding further and further down the chute that leads to disaster. Can she bring a safe end to this deadly game? 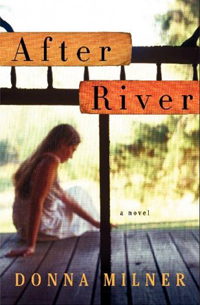 As satisfying as Mary Lawson’s Crow Lake and as emotionally resonant as Carol Shields’ Unless, Donna Milner’s After River is a novel not just for reading but for living in, spellbinding in its impeccable plotting, achingly human characters and note-perfect prose. This is also a work that beautifully renders time and place, as an isolated and harsh Canadian geography is wracked by a seismic shift in the moral and social landscape of the late 60s. Before the wise and gentle River came, 15-year-old Natalie Ward believed her world was perfect: her family would always be together, living and working on their small dairy farm carved out in a mountain valley deep in the Cascades of British Columbia. Natalie would always be “my girl” to Boyer, her gifted older brother, and the pride of Nettie, her beautiful, charismatic mother. After River, things were changed, which Nettie blamed on the encroaching world: the new highway that would connect the town to the Trans-Canada, the closeness of an America engulfed in Vietnam and violence. But it was River, the young American draft dodger who became the Ward’s hired hand, who changed everything one summer. Thirty-five years later, the family is still shattered in ways that no one could ever have foretold. And now, as her mother lies dying, Natalie must return to the home she has spent most of her life running from, as the family’s dark secrets and betrayals threaten to scar a new generation.