DHS Programmers get a taste of Raspberry Pi 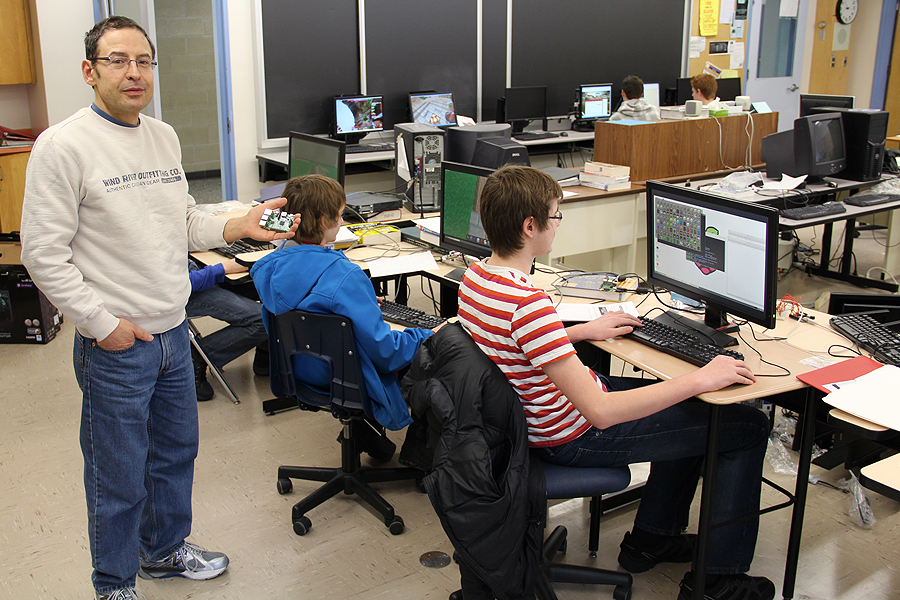 Students this semester have learned a great deal about Raspberry Pi – And we’re not talking about the ones you buy at the Farmers Market.   Students in Spuro Sourtzis’ programming classes have been learning from the ground up, exactly how to use these Raspberry Pi operating systems.

The Raspberry Pi is a computer the size of a credit card that was created at the University of Cambridge in England.  It was created because though young people use technology such as smartphones and social media, very few understand the workings of these devices and technologies.  With the Pi students learn about operating systems, networking, programming and the overall operation of computers. The Pi comes with a full-functioning word-processing program like Microsoft Word and a graphics imaging program called Gimp which is similar to Photoshop. In addition, the Pi can act as a full functioning web server, a Minecraft server, or simply used to light a diode on an electronics breadboard. The creators of the Pi hope that it will foster an interest in computer science for all students.