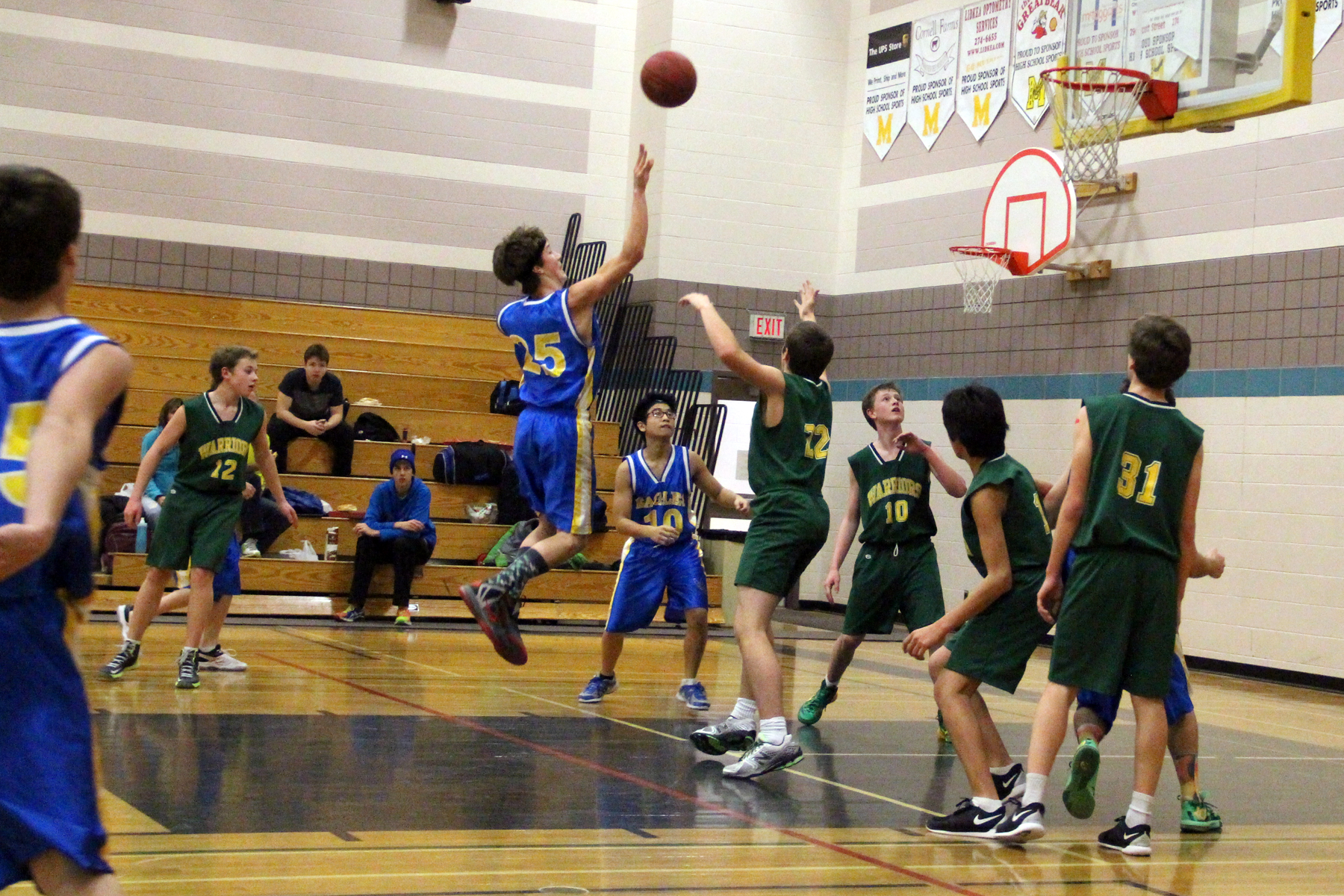 On Friday, December 5, 2014, the Dryden Junior Boys Basketball team travelled to Fort Frances to compete in the annual Muskie Junior Basketball tournament. The tournament featured 8 teams from across Northwestern Ontario and Minnesota.

Dryden’s first game was against a tough Atikokan team, which they lost 48-47 on a buzzer beater three point shot.  Leading all Dryden scorers in the first game was Mike Bell with 12 points.

In their second game, Dryden would face host Fort Frances, losing 45-29.  Leading all scorers was Jacob Bilous with 6 points.

The stage was then set for a battle for 7th place with the Queen Elizabeth Warriors from Sioux Lookout.  Dryden won 67-36.  Leading all scorers in the win was Thomas Moline with 17 points, and Joel Ottertail contributing 12.

Dryden will practice this week, and opens their regular season on Tuesday, December 16, hosting the Fort Frances Muskies at 1:30pm.